The contract with god trilogy (Janvier 2006) Will Eisner (1917-2005) saw himself as "a graphic witness reporting on life, death, heartbreak, and the never-ending struggle to prevail." The publication of A Contract With God when Eisner was sixty-one proved to be a watershed moment both for him and for comic literature. It marked the birth of the modern graphic novel and the beginning of an era when serious cartoonists could be liberated from their stultifying comic-book format. More than a quarter-century after the initial publication of A Contract With God, and in the last few months of his life, Eisner chose to combine the three fictional works he had set on Dropsie Avenue, the mythical street of his youth in Depression-era New York City. 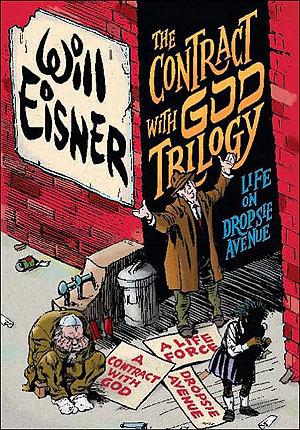